If you are interested in discussing a puppet workshop or residency for your library, camp, school, festival or organization please contact me. I can be reached by phone or email.

Posted in Uncategorized | Comments Off on To Contact Margaret 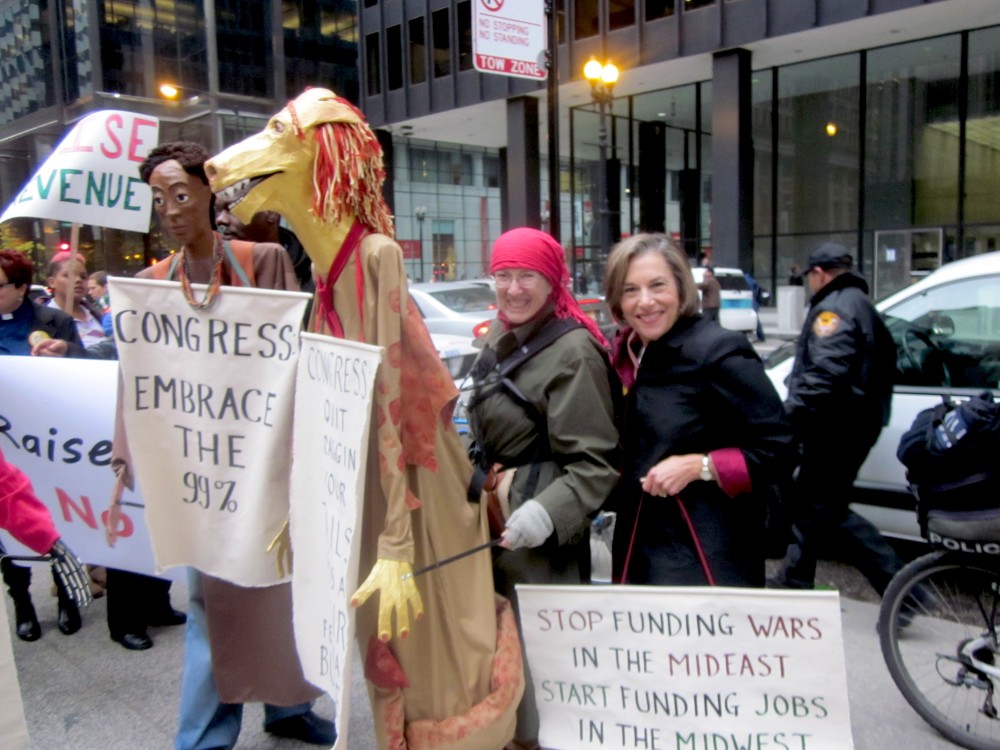 Jacques Flambeau and the Woman of Color puppets with Margaret and Congresswoman Jan Schakowsky at the November 7th Senior Rally against cuts in Social Security, Federal housing, Medicare, Medicaid, and Federal food programs.

Posted in Uncategorized | Comments Off on Margaret & Puppets with Jan Schakowsky

Margaret’s puppets on the March(es)

Jacques Flambeau, my seven-foot dragon puppet, participated in the SEIU/MoveOn October 10 March in downtown Chicago. Jacques’ banner for the occasion read “CONGRESS: Quit draggin’ your tails. Pass a FAIR federal budget.” That was just rude enough to make the union ladies laugh, and get Jacques’ picture taken by many marchers.

Four of my parade puppets, including Jacques, will be marching with the Jane Adams Senior Caucus November 7, carrying banners against proposed budget cuts which will adversely affect low-income seniors. The Isaiah puppet will be re-costumed in the watch cap, flannel shirt, and padded vest that are the common winter garb of homeless men, and will carry a banner that reads “DON’T LEAVE SENIORS OUT IN THE COLD—FUND PUBLIC HOUSING.”  I think the old prophet would approve.